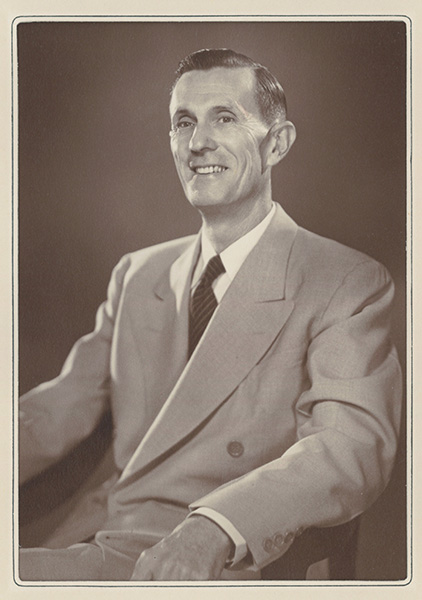 Lewis Vaughn was born on March 10, 1896 in Conyers, Georgia and received an electrical engineering degree from Auburn University, quite a rare degree for the times. After serving in World War II working on the transformer of the USS Tennessee, he moved to West Palm Beach, Florida with his good friend, George Wright. The men started an auto parts business called Vaughn and Wright. While Lewis drove a Model T, making sales and delivering parts, Wright manned the store. The ‘28 storm wiped them out and Wright left the business; but Vaughn pressed on, rebuilt the business and turned it into a booming success.

After that same ‘28 storm, Vaughn purchased a house on South Olive Avenue. It had significant damage, but he slowly restored it to its original beauty. Then, piece by piece he began purchasing the surrounding properties, including his second home at 6001 S. Flagler Drive, until his estate grew to 6-acres. On this extensive estate is where he spent more than 60 years cultivating and growing more than 12,000 orchids, a collection that was considered one of the most beautiful and unique private gardens in the world.

“Somebody said, ‘Try an orchid,’ and I bought one in a pot, and the blame thing bloomed"
~ Lewis Vaughn.